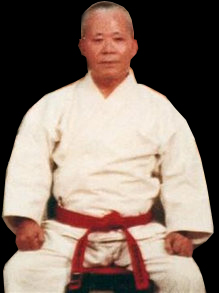 Master Makoto Gima  (儀間 真謹) (also known as Gima Shinkin) (1896-1989) is a direct decender of Shinjo Gima and one of the seminal figures in the modern history of karate who born on September 28th,1896 in Okinowa. Master Gima, began his karate studies in 1912, under the guidance of Masters A. Itotsu and K.Yabe. Although he was weak during infancy and child hood, it was through his dedicated study of Karate that he became healthy and strong. Eventually he became an Okinawan master of both martial arts and scholastic studies, and then associate of Master Gichin Funakoshi, (considered the father of modern karate.)

In 1922, Master Gichin Funakoshi (later to be the founder of the Shotokan school of Karate) travelled from Okinawa to Tokyo and established a dojo at Meisei-Juki (dormitory for Okinawan).It is here M. Gima followed Master Funakoshi’s Instruction and participated as Assistant Instructor at the first Karate dojo in mainland Japan.As he was Master Funakoshi’s assistant, Mr. Gima demonstrated the kata Tekki Shodan, while Master Funakoshi   demonstrated Kanku- dai. Kihon Kumite was also displayed.

Later, for the purpose of karate expansion in Japan, Mr. Gima participated as a partner with Master Funakoshi. In March 1923, Master Funakoshi promoted Makoto Gima to the rank of first degree black belt. When Gichin Funakoshy decided to implement the Dan system for the first time,Makato Gima was the first karateka ever  and the first Dan and  black Belt in karate. In January 1956, Mr. Gima received his tenth degree black belt from Master Kanken Toyama of the Karatedo Shudokan. During Master Gima’s karate history, he had the opportunity to observe the formation of the Shoto-kai, as well as the Japan Karate Association 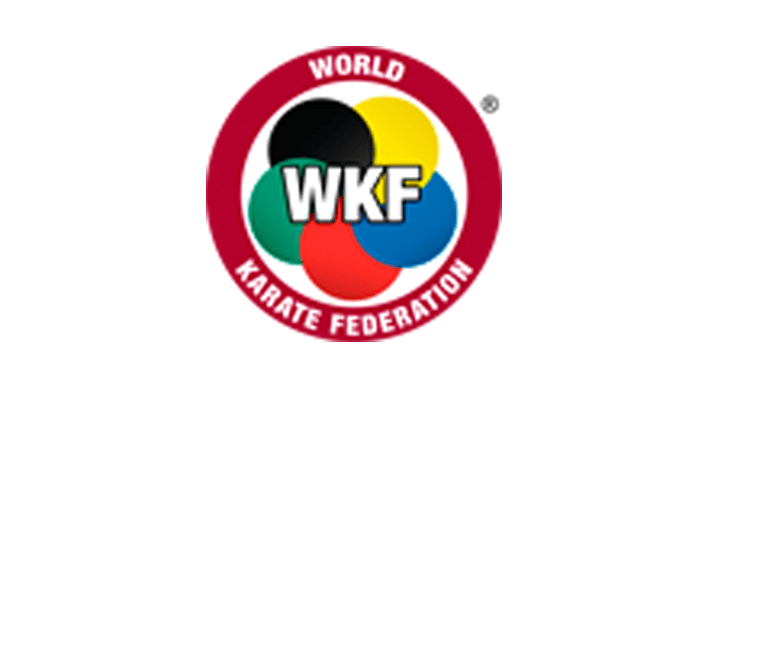 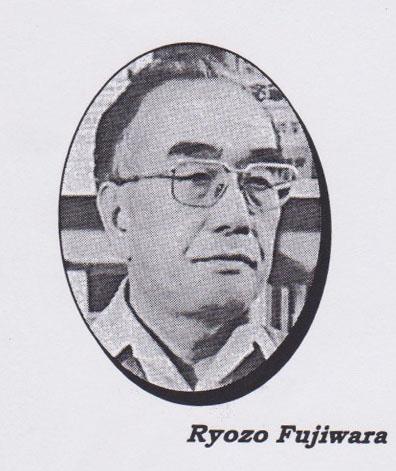 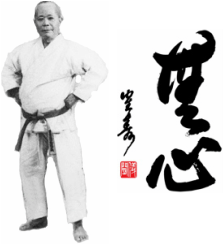